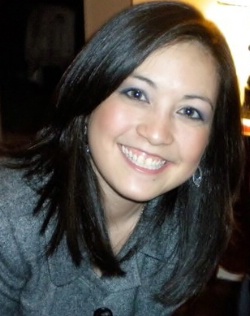 When US troops initially deployed to Iraq and Afghanistan, it was very difficult for them to vote in their home town elections. A young military legislative assistant on the staff of a Colorado Senator decided to do something about it. She helped to lead an effort to draft language creating a more efficient system for absentee voting by deployed soldiers, then worked to organize a coalition involving the Defense Department, the Postal Service, the Department of Veterans Affairs and state governments to make it happen. On her own initiative, she also developed and implemented a Congressional campaign to focus military users on the global lack of critical UHF satellite communications capability. It succeeded in bringing the matter to the attention of Congressional leaders, and led to several Congressional inquiries in hearings and reports. By this time, Karen Yasumura was ready for fresh challenges, and she found them at Intelsat General Corporation, which provides communications solutions to government, military and commercial customers. "She has exceeded all expectations within our organization,” said the company’s president, "and her contributions are hard to overstate. In less than three years, Karen has progressed from a relative satellite industry novice to a full participant making substantive contributions on critical issues.” This 28-year-old is Intelsat General’s principle representative to the President’s National Security Telecommunications Advisory Committee, and has taken on leadership roles in such organizations as Women in Aerospace, the Satellite Industry Association, the Space Enterprise Council and SSPI. Through her network of professional contacts, she helps to advance the common agenda of the industry to help governmental users better understand and appreciate the commercial industry.