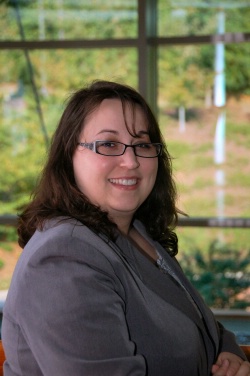 Angela Wheeler will always remember 2010 as the year she first encountered a zombie.  Working from Intelsat's operations center in metro Atlanta, she serves as RF Communications and Operations lead on satellite transitions and RF interference management at Intelsat.  When Intelsat G-15 lost its ability to communicate with controllers after a powerful solar storm in April and began to drift across the orbital arc, this young satellite engineer found herself in the hot seat.  She oversees a team of engineers that offers vital operational input on mitigation strategies for interference from G-15 – which was quickly dubbed ZombieSat by the press – as well as helping customers' technical staff deal specific challenges as they arise.  In the words of her supervisor, Patricia Constantino, "Angela has consistently demonstrated a level of professional poise and grace under pressure that has earned her the well-deserved respect of her co-workers and peers."  She brings to her work – investigating and mitigating satellite anomalies across the world's largest satellite system – an encyclopedic knowledge of the communications payloads, her skill as an engineer and creativity in identifying the right issues, gathering the right information and using it to develop strategies.  G-15 aside, most satellite interference generally has its source on the ground.  Angela is an expert there as well, being recognized both inside and outside the company for her skills in geo-location of interference sources.  Other satellite operators and manufacturers often ask for her help, and her skillful management of those relationships plays a continuing role in helping Intelsat offer customers the best possible handling of interference issues.