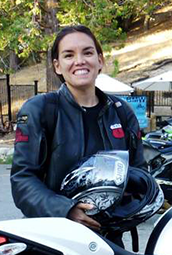 A mechanical engineer by training, Sara is a relentless innovator in both the physical and digital worlds, who holds numerous patents in the field of Rotary Engine development. Her work for InterOrbital Systems – a company founded in 1996 to create a unique modular orbital launch system – has focused on IT and robots. She has developed a new generation of "genetically evolving algorithms” to provide guidance and control for InterOrbital’s new sounding rockets and orbital launch system, which are undergoing flight testing on a custom quad-copter that she built from scratch. She is also a well-regarded academic researcher who teaches course at UCLA in mechanical engineering and robotics.