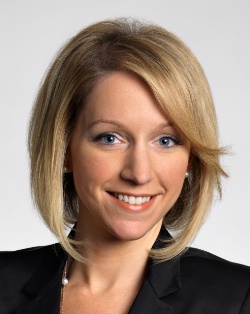 The youngest vice president in the history of her company, Nicole Robinson has been instrumental in helping SES Government Solutions promote its services to one of the toughest customers on the planet. The US Government is the world’s single largest buyer of satellite capacity but procurement practices prevent it from spending its money well.  Instead of being able to invest in multi-year contracts, the Federal government buys bandwidth for premium prices on the spot market, and has no assurance that mission-critical capacity will be available when and where it is needed. As marketing communications leader, Nicole has focused on changing that dynamic. She has implemented a Government Affairs strategy that educates everyone from youth science groups and National Defense University students to senior Department of Defense officials, Congressional staffers and Members of Congress on the cost-effective benefits of satellite and the current shortcomings of the procurement process. The strategy has produced results in the form of articles by US Government leaders advocating for better procurement methods and a recently announced forum of senior officials, led by the Office of the Secretary of Defense, which will examine commercial satellites as national infrastructure and evaluate improved ways to fund them. While managing this process, the 32-year-old has also steered the company through three major rebrandings made necessary by corporate reorganizations. Rather than alienating the market, the rebrandings have doubled Web site visits since 2007 and increased press traffic by more than 115%. "I count on her for advice on highly sensitive subjects,” said the CEO, "and trust her to speak on my behalf and the company’s behalf.” Nicole has also facilitated educational sessions for hundreds of youth groups each year in conjunction with the National Space Symposium. During these sessions, she introduces students from 6th through 12th grade to the history, technology and promise of commercial satellites. Cctive in the government working group of the Satellite Industry Association, she also serves as the Communications Committee Chair of the Hosted Payload Alliance.