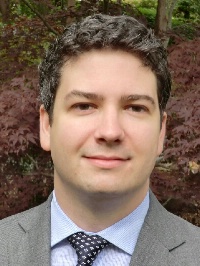 In April 2010, the Galaxy 15 C-band spacecraft, operated by Intelsat at 133 degrees west, stopped responding to commands. All other systems remained normal and the satellite continued to relay cable TV programming, but without telemetry, tracking & control (TT&C), the spacecraft started an uncontrolled drift eastwards through the crowded orbital arc, threatening interference with other satellites. The first and last spacecraft that G-15 would pass belonged to SES, and the company assembled a crisis team that included Brian Mengwasser, a young engineer already renowned for his ability to quickly develop analytical tools to unravel complex problems. The software he developed enabled the company to estimate the degree of impact that G-15 would have on every SES customer, and to quantify the degree to which mitigation methods could reduce or eliminate the threat. Its output became the basis for all the plans that SES put into place to manage the year-long crisis. The software not only performed thousands of link calculations for all carriers on a satellite in a matter of minutes, it also produced customer-friendly tables, graphs and timelines to explain the impact and how SES planned to manage it. "The mitigation plans worked flawlessly,” said the company’s top executive in charge of ground segment. "The highly successful outcome can be traced back to the enormous analysis and planning effort to which Brian contributed so much.”  Only 25 years old, Brian is also known for his ability to develop innovative ideas, articulate them clearly, and build support on both the engineering and business sides of the company.