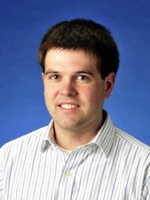 Few industrial settings are more demanding than satellite manufacturing.  The spacecraft constructed in the manufacturing bays of a company like Space Systems/Loral must survive the stresses of launch, the temperature extremes and radiation of space, then achieve precise positioning and attitude in orbit and keep working for the next 10 to 20 years without maintenance.

Adam Maher joined Space Systems/Loral as a new graduate with a degree in mechanical engineering.  From the very first project, he stood out from the pack.  "It typically takes a new graduate several years of on-the-job training to adapt to the demands of a systems engineering position,” his manager wrote of him.  "Adam was able to get on-board almost immediately."

Working on Loral’s next-generation spacecraft bus platform, he quickly evolved as the technical lead, despite being the team’s youngest member.  The team was a diverse one, including engineers specializing in RF, manufacturing, and electrical, control and mechanical systems, but its members soon came to rely on Adam for overall leadership, and for clear and effective communication with senior management about their progress.  When production hit roadblocks, some serious, it was Adam who led the team through methodical analysis and response to resolve problems and keep the program on track.

"Adam has an exceptional ability to learn and adapt to new situations gracefully," wrote his manager.  That grace under pressure makes Adam a young engineer to watch in the years ahead.