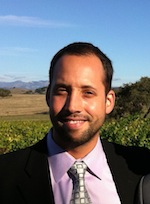 SpaceX, formally known as Space Exploration Technologies, is a company on a mission: to increase the reliability and reduce the cost of space transportation.  Established in 2002 by Elon Musk , the founder of PayPal, SpaceX has developed two new launch vehicles, booked a series of launch contracts, and with the end of the Space Shuttle program, the Falcon 9 / Dragon system will take over delivery of cargo to the International Space Station (ISS) for NASA.

Playing a key role in achieving that mission is David Giger, who joined SpaceX in 2005 and became its first Mission Manager.  He now serves as lead Director for Dragon Spacecraft Development.  While leading that demanding program – on which much of the company’s future depends – he also serves as Director of Dragon Propulsion, which makes him the top engineer responsible for the design, development, test and flight of the Draco hypergolic engines used for attitude control on the Dragon spacecraft.

Writing of David, his manager said, "I trust him to provide what he feels are honest answers to questions.  This is not always an easy task in an industrial setting where cost and schedule pressure often threaten engineering feedback.  If David doesn’t know something, he asks; if he performs calculations, he checks and double-checks them.  And if he believes in his designs and analyses, he is not afraid to push his point, regardless of the seniority of the person he is dealing with.  His work ethic is among the best in this entire company of more than 1,500 people.  It is my sincere opinion that David is one of the best young engineers I have ever worked with, and I cannot recall a single engineer in my experience who exhibits greater potential."