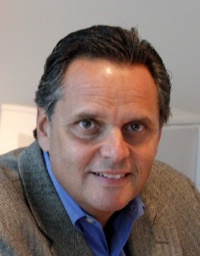 "Open a phone book of the satellite or broadcast industry, and it would be hard to find a person whose career he hasn’t touched.” That is how one person described the influence of Richard Wolf of ABC Television. Hired by ABC in 1980 as a New York traffic coordinator, Rich rose through positions, including General Manager of New York Traffic Operations and Director of Telecommunications and Distribution Services, to his current job overseeing all technical, operational and management systems for network distribution and contribution. In that time, he led the network through major technology transitions from analog to digital, from SD to HDTV and from tape to file-based workflow.

He is described as a quiet leader and a man who combines humility, professionalism and deep caring about the industry and the people who make it up. "He showed me what a real broadcaster is,” said a friend who started his career at the same time. "Attention to detail and commitment, never looking for a quick exit but making sure all the T’s were crossed. It taught me the proper mindset in a way that inspired me to work hard and better because of the example he set.”

A senior sales executive for a telecommunications company said that "Rich is one of those rare individuals who takes time to proactively assist others with their career path. He is ultimately responsible for the personal success of so many people in this industry, including me.”

Colleagues are quick to describe Rich offering a helping hand when it is needed most.  "I was assigned to plan the 1984 election coverage,” said another beneficiary of Rich’s mentorship. "I was in way over my head and pushed to my limits. On election night, when the network went on the air live, I was standing in the control room sweating out the 50 feeds planned for the evening. And it was Rich, who sat in the traffic room on an internal line with me, who got me through it. He helped guide each live feed working east to west as the evening went on. We had a flawless event.  He was not even assigned to be working that night but was there because of his own passion and devotion to a friend and colleague.”

He is a true believer in investing in tomorrow’s leaders.  "He always responds with positive feedback,” said one such person.” He never makes you feel like you are floundering or failing but rather provides the argument for your success and a can-do attitude that pushes you to seek new challenges. Even when his own problems are overwhelming, Rich always find time to help. And that is especially true for people trying to gain their first entry into the business.”

The Society of Satellite Professionals has been among the recipients of Rich’s generosity.  Though it is an association of vendors to his business, Rich was a member of SSPI’s Board of Directors for many years and twice served as the Society’s president and chairman. He currently leads SSPI’s Awards Committee – which he tried to convince not to present him this award – and also serves on the advisory board of SATCON and as co-chair of the satellite interference group RFI-EUI.