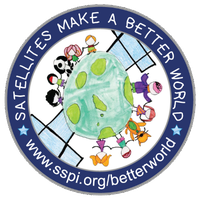 (October 25, 2022 – New York City) – Space & Satellite Professionals International (SSPI) today released Water Wars, its newest video in the Better Satellite World campaign. It tells the story of two North African nations facing off over access to the flow of the Nile River, and how analysis of satellite radar data contributed to keeping the peace. Water Wars is made possible by funding from Ursa Space Systems.

The crisis got its start when Ethiopia began building a massive dam on the Nile in 2011 to generate electricity. Downstream, Egypt demanded a promise in 2020 that, if the rains fell short, Ethiopia would release enough water to keep the Nile flowing. With its need for electricity growing ever more drastic, Ethiopia refused to commit. Keeping the peace required the two nations to trust each other or have access to objective data they could both rely on.

That data was developed by Ursa Space Systems from synthetic aperture radar imagery captured by satellite. Ethopia gained the ability to prove it is managing water flows without endangering countries downstream, and Egypt can access the same data whenever the flow of the river becomes a concern. Two nations with no other reason to fight have found better ways to resolve their differences.

“Former Egyptian President Anwar Sadat once said that only one thing could take his country to war again, and that was water,” said executive director and video producer Robert Bell. “The skyrocketing volume and diversity of earth observation data being generated from orbit has become a crucial asset for governments, but also insurers, farms, forestry, finance and a growing list of other industries. There are few better examples of space technology and satellite making a better world.”

Water Wars debuted at the 2022 Future Leaders Celebration in Silicon Valley on October 12. You can watch the video on SSPI’s website and on Youtube.